If you face criminal charges in New Jersey, you do not have to do so alone.

No matter the case, criminal defense attorney Ihab Ibrahim can defend your rights and help you achieve the best possible legal outcome.

If you or someone in your family is in need of a criminal defense lawyer, schedule a free consultation with our law firm in Jersey City, NJ.

Initial consultations at our law offices in Jersey City are totally free of charge. During your criminal defense consultation, Mr. Ibrahim will thoroughly review your situation and make honest recommendations about your options.

Mr. Ibrahim understands that many families in Hudson County are worried about paying for an attorney in a criminal case. Because he is committed to keeping his services affordable, our law offices offer flexible payment plans.

As your defense attorney, Mr. Ibrahim will be available at every stage of your case. He can accompany you to court and handle negotiations with your prosecutor and he will always ensure that you are treated fairly under the law.

I absolutely recommend Ibrahim law firm. He is a great lawyer who is compassionate and actually cares about your case. And does everything in his power to reduce all charges. I’d give him more than 5 stars if I could

Better Call Ibrahim Your Get Out of Jail Free Card

Clients from Hudson County and throughout New Jersey choose attorney Ihab Ibrahim for criminal defense. No matter the severity of your criminal case, Mr. Ibrahim will help you navigate the legal system and negotiate with your prosecutor to minimize your sentence.

New Jersey Criminal Law What You Should Know

Men and women accused of any degree of crime have a right to a criminal defense lawyer. While the court can provide a public defender, your chances of success greatly increase if you work with an attorney like Ihab Ibrahim. 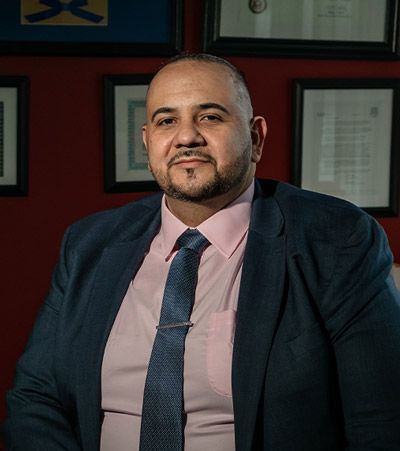 Attorney Ihab Ibrahim has practiced law in Jersey City, NJ, since 2014. He is proud to represent clients in matters related to:

Mr. Ibrahim offers free consultations and is available to meet at night or on weekends. To request a free case review, fill out our online form or call (855) 529-0030.

*Disclaimer: the information provided by this website is for informational purposes only and should not be considered legal advice or a substitute for competent legal counsel.